The change of name to WPX Hosting is a recent change (Oct 2016) and is simply that; a change in branding due to the company “outgrowing” it’s connection to the Traffic Planet brand.

Having used this provider for several months now, I think I’m in a pretty good position to make an informed WPX Hosting review and give you my honest experience, thoughts and overall verdict on this company.

I have a number of affiliate sites on WordPress and one in particular was performing very well, prompting me to look into a more premium hosting provider. With traffic forecast to grow for this site and it being a solid source of income, I wanted some rock-solid hosting that could withstand higher loads of traffic (including many visitors at the same time) whilst loading as fast as possible and suffering minimal, if any, downtime.

I’m talking about standalone website hosting here for any sites like blogs, local business websites, affiliates sites or an e-commerce site running on the WordPress platform with something like Woocommerce. This hosting isn’t necessary for 3rd party “hosted” shopping cart platforms like Bigcommerce and Shopify.

Cheap and shared hosting providers are fine for many small sites receiving low and consistent traffic but will start to show signs of struggle (slow load times) when the sites become large with a lot of content and images, and traffic volume is high and happens in large influxes (for example, with an email promotion where your site could receive a high amount of traffic in a short space of time and all at once).

One thing I particularly liked about WPX Hosting is that they offer free migration of your website over to their service within 24 hours. This isn’t something that all hosting companies provide and it’s nice to know you can let the pros take care of the technical stuff, allowing for a pain free experience on your end.

At least that’s how it should be. Unfortunately, my first experience with WPX Hosting, when they were known as Traffic Planet Hosting, wasn’t quite perfect and it was during this migration period.

You shouldn’t experience any downtime during a migration (at least on any significant scale). Your website files will be downloaded from your existing hosting provider’s server and uploaded to the new provider’s server. The files will still reside at the existing host and your domain will still be pointing to that, so until the domain name servers are changed, your original hosting is in use.

When the files are uploaded to the new hosting companies server and a few configurations are made, it’s simply a case of pointing your domain to the new host (changing the name servers).

I was informed that my website files had successfully been transferred to the WPX servers and that I could update my domain’s name servers to those of Traffic Planet’s. There is a propagation period of up to 48 hours (or in some case slightly more) for this change to take effect but you shouldn’t experience any significant downtime.

Unfortunately, however, I did.

I’m on a different time zone to that of my website visitors and woke up the day after the transfer and checked my analytics, to be met with a mere handful of visitors during the whole day! “What??!! What’s going in?!” I thought.

(I point out the fact that I was on a different time zone because, had I not been, I would have noticed the lack of usual traffic sooner.) 🙁

I emailed WPX Hosting support, which is 24/7 and fortunately incredibly quick, about the problem and at first received a copy and paste reply that I probably still needed to wait for everything to propagate.

Fortunately, I dismissed this comment and pressed the matter further that maybe something was wrong.

Sure enough, upon support inspecting the issue, it was discovered there was an error with my website establishing a database connection and was informed they would try and figured out the problem.

An hour or so later and the issue had been discovered (a problem with the wp-config files) and rectified. The site was live again, now on WPX’s servers.

I was also told that the W3 Total Cache plugin had been installed for me and pre-configured with the settings which works best with WPX’s server’s configuration…. but it hadn’t. This was an oversight by the support team but upon me contacting them, they did rectify the problem and to their credit, very quickly.

Unfortunately, my experience with Traffic Planet Hosting (WPX Hosting) hadn’t got off to the best possible start; I’d lost out on a days worth of traffic (and revenue) due to my site going down which was quite significant and was told that a plugin had been installed and configured when it hadn’t been, which was just annoying.

Had I made the right choice?

In defence of WPX Hosting in this story, I think it’s fair to say I had been just plain unlucky. These things do happen but, importantly, both issues were fully rectified by support and all communication was incredibly fast.

All said and done, the first thing I did, of course, was check to see how fast my website was now loading with Pingdom. Thankfully, it was a significant improvement!

Before Switching to WPX Hosting… Not too bad, but not impressive

After Switching to WPX… less than half a second load time!

I was willing to stick around to see what I thought about the actual hosting and give them another shot with another website of mine. About a month after the first transfer, I initiated the transfer of a second website to my WPX Hosting account.

This time, it was a smooth process. The W3 Total Cache plugin was indeed installed and configured for me and there was no downtime. How I imagine it is for the vast majority of customers.

With that story out the way, and having now spent a decent length of time as a WPX Hosting customer, here are my thoughts on how WPX stacks up where it really matters as a hosting company:

As evident above, the loading times for my websites have shown a significant improvement just by changing hosts, and my sites are now straight up fast! The results speak for themselves.

As I also mentioned, it isn’t just whether or not your site remains fast with overall high traffic, but also how it responds when there are a lot of people surfing your website at the same time.

Here’s a result of a test I did for one of my sites using Load Impact, a performance testing service that let’s you simulate how your website will respond with multiple users at any one time. 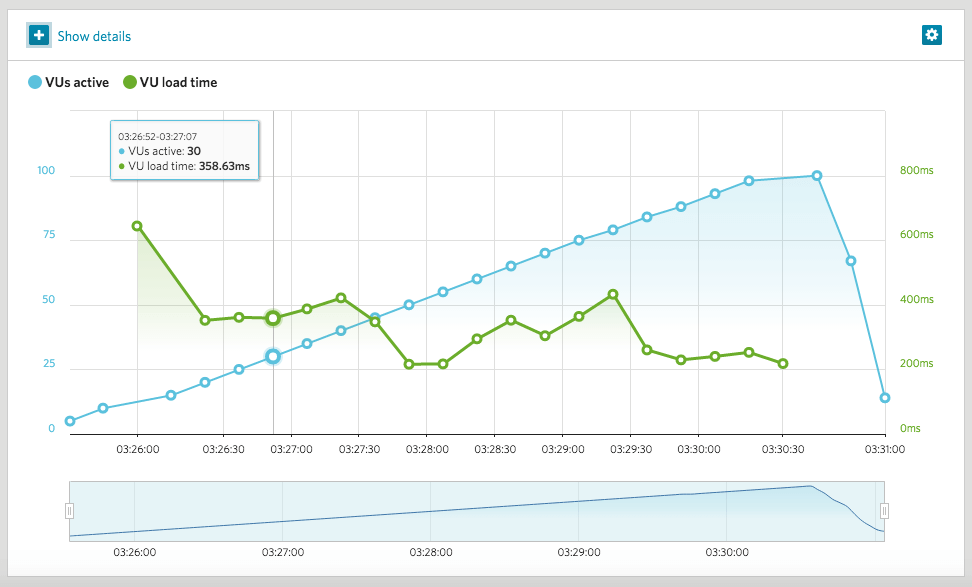 With as many as 100 users at the same, the site still loads in well under a second

I have experienced an insignificant amount of down time. I use Uptime Robot which sends me an alert whenever the site goes down and when it comes back. I’d recommend it.

The admin interface inside your account is straight forward and easy enough to understand. They don’t use cPanel but the alternative is arguably superior. cPanel allegedly actually slows the performance of servers on which it is installed, the main reason WPX Hosting don’t use it.

WPX Hosting’s email support is almost as fast as their load times! I think you’d agree it’s very valuable to have a responsive support team available 24/7 and, frankly, if you’re hosting a website that’s incredibly valuable to you, it’s mandatory.

I don’t believe the WPX support team members are native English speakers by and large but to their credit, they respond very fast (you can expect a response within 10 minutes) and they are clearly knowledgeable in the area of website hosting.

As you’ll be aware if you read my experience above, WPX Hosting will also migrate your site for free within 24 hours and will install the W3 Total Cache plugin (if you don’t already have it) and configure it with the settings best for their server’s configuration.

For dedicated WordPress hosting, WPX Hosting is actually cheaper than it’s closest competitors whilst offering more for your money. Take a look at the comparison chart comparing WPX with WPengine, Hostgator and Bluehost. 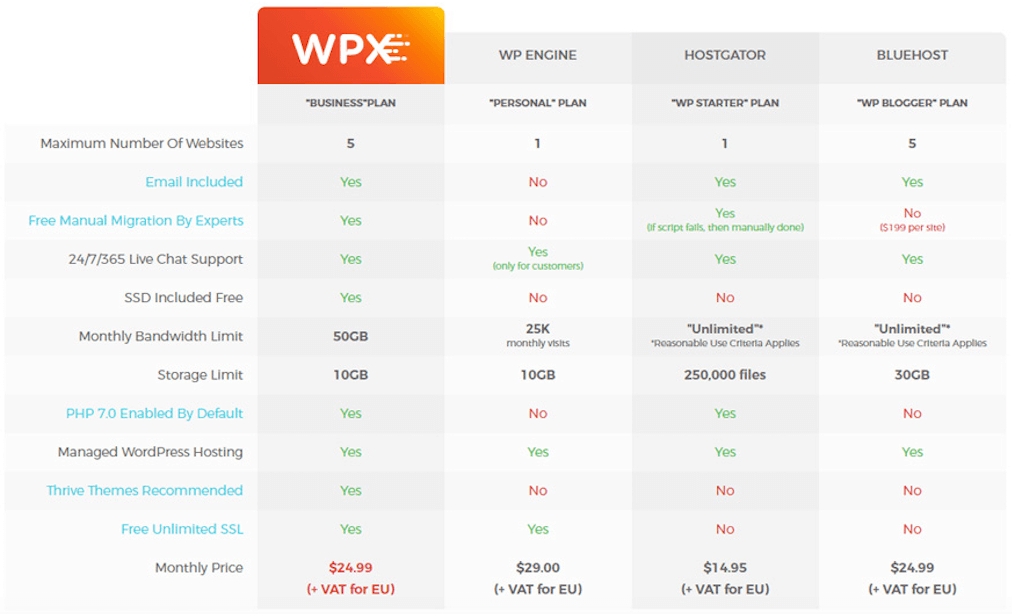 WPX Hosting vs. WPengine vs. Hostgator vs. Bluehost

So, Would I Recommend WPX Hosting?

Despite my unfortunate little hiccup at the start, which was unlucky and certainly not typical, the net results of being hosted with WPX have been positive and I’m pleased with the service. It’s a good chance to judge a company when things go wrong, by how they respond. In my case, WPX at least rectified the problems incredibly quickly. The support team is there for you, round the clock, and can help you fast. No doubt about that.

I would advise you to run some speed tests for your website on a service like Pingdom before signing up, then again after you’ve made the move. That can be fun. 🙂

Then I’d also recommend a service like Uptime Robot that will notify you if your website ever goes down. This is good to have at all times anyway but will also let you know if your site goes down during the transfer. Depending on how significant the site is that you are moving, it would likely be advisable to keep a close eye on it anyway and ideally be on the same time zone. 😉

Hopefully you’ve found this review of WPX Hosting helpful. If you have any questions, feel free to leave a comment below and I’ll get back to you.

(You may also be able to save money with a WPX Hosting discount code, if available.)

eCommerce Opinion is the thoughts, ramblings and opinions of one online hustler, telling it like it is. You never know; you might even learn something. Read More... 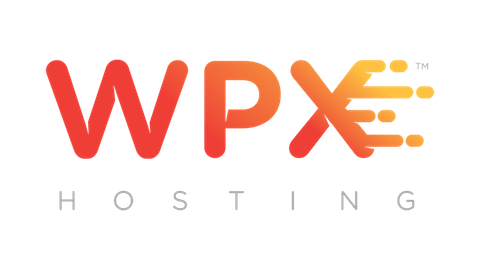 50% Off WPX Hosting
Get a Whopping 50% Off Your First Payment on Any Monthly Plan with This Coupon Code!
ECOM50
Go to the deal